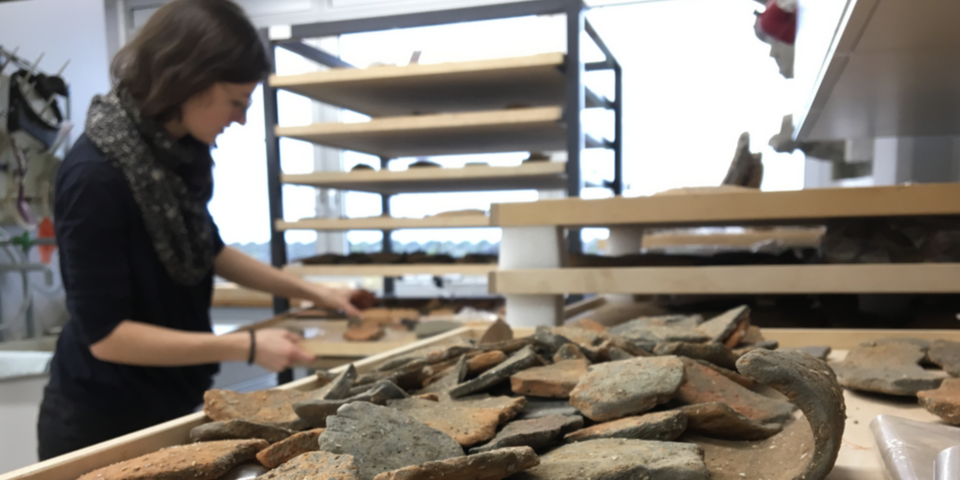 This is now changing: Due to intensive construction activity, numerous sites with remains of Middle Bronze Age settlements have been discovered throughout Switzerland and especially in the canton of Aargau in recent years. Parallel to this, research on the Middle Bronze Age also experienced an upswing in Central and Western Europe, so that the former "dark age" is now regarded as a time of large-scale transformation processes (among other things, intensive supraregional networking, development of new settlement areas, more efficient agriculture). However, the background of these profound changes is still largely open.

MAGIA will thus make an important contribution to the scientific discussion of the Middle Bronze Age in Switzerland and in Europe.

At the center of MAGIA is the Middle Bronze Age settlement of Gränichen-Lochgasse (AG), of which about 10,000m2 were excavated from 2016 to 2017. With Kehrsatz-Breitenacher (BE) it is the largest Middle Bronze Age settlement in Switzerland. Gränichen-Lochgasse has a large number of (pottery) finds and features (including house remains, storage pits). Thanks to modern excavation documentation and close scientific sampling (archaeobotany, geoarchaeology), the site forms an ideal basis for bringing the Middle Bronze Age into the focus of research.

The interdisciplinary team of researchers from the University of Basel will pursue a wide range of scientific questions in cooperation with the Cantonal Archaeology of Aargau: The functions and biographies of the various features will be reconstructed using a combination of archaeological, geoarchaeological and archaeobotanical investigations. Based on this, the analysis of the spatial organization of the settlement will take place. For this purpose, activity zones or functional areas in the settlement will be identified, but also social and ritual practices will be traced. Finally, Gränichen-Lochgasse will be placed in the context of other Middle Bronze Age settlements in (Aargau).

Another focus is the development of a regional ceramic typochronology based on finds from Gränichen and other settlements from Aargau. This is an urgent desideratum of Bronze Age research that will decisively improve the dating of Middle Bronze Age sites, which has been difficult up to now.

The project runs from 2018 to 2022 and is financed by the Swisslos Fund of the Canton of Aargau.