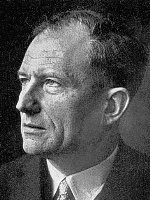 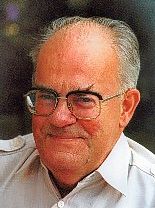 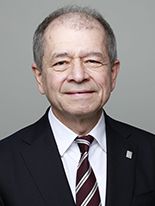 Ursula Schweitzer, who worked in Basel, is the founder of Egyptology in German-speaking Switzerland. She was born in Stuttgart in 1916 as a Swiss expatriate. She studied Egyptology (with Alexander Scharff), Classical Archaeology and Ancient History in Munich and Berlin from 1935. In 1942 she received her doctorate under Scharff, with whom she was an assistant and during the war years was entrusted with organizing the removal of the holdings of the collection and the library to the Bavarian mountains. Towards the end of the war she returned to her home country, namely to Basel, to the Institute for Prehistory and Early History of Switzerland. Ursula Schweitzer traveled to Egypt and the Sudan (1954, 1956, 1958), together with her friend and student Gertrud Mayer, and to the Near East (1957). She was attachée étrangère of the Institut Français d'Archéologie Orientale in Cairo and corresponding member of the German Archaeological Institute in Cairo. In the summer of 1950 she was habilitated at the University of Basel. Since the University Library of Basel was able to acquire the extensive scientific library of the Neuchâtel Egyptologist Gustave Jéquier (1868-1946) in 1946, after his death, a good starting position was given for the development of the subject, which was located at the Stapfelberg at that time. In 1953 Ursula Schweitzer received a teaching assignment in Egyptology and in 1957 she was appointed Extraordinaria. A first doctorate under her supervision took place in 1959/1960. Ursula Schweitzer died in 1960 at the age of 43 after a short, serious illness in the middle of her work.

After replacements by Eberhard Otto and Erich Lüddeckens, the chair was filled again as early as 1961, when Siegfried Morenz (1914-1970) of Leipzig was appointed personal full professor of Egyptology in Basel. In 1966 he returned to the Leipzig Egyptological Institute, which he had continued to supervise during his time in Basel.

After substitutions by Hellmut Brunner and Philippe Derchain, Erik Hornung (b. 1933) was appointed to the now statutory chair of Egyptology. In the following year, the domicile was changed from the Stapfelberg to the building of the University Library at Schönbeinstrasse 18/20. In 1998, Erik Hornung became emeritus professor. He died 11th of July 2022. (Note)
Obituary by Thomas Schneider and Erik Hornung Bibliography.

For two years the operation of the Basel Seminar was carried out by substitutes, namely for one semester each by Karl Jansen-Winkeln, Rolf Krauss, Heike Sternberg-El Hotabi as well as jointly by the Mittelbau of the Egyptological Seminar on its own.

the Egyptological Seminar moved to premises in the Bernoullianum (Bernoullistrasse 30/32). In the summer of 2010, the move to the Rosshof at Petersgraben 51 took place and the Department of Ancient Civilizations was founded, in which all former seminars of Studies of the Ancient World merged their libraries and henceforth cooperated as subject areas with a partly common curriculum.

Susanne Bickel was elected Extraordinaria, initially as Antonio Loprieno's replacement. Since 2011 she has been subject area head, and in 2014 she was appointed Full Professor of Egyptology. 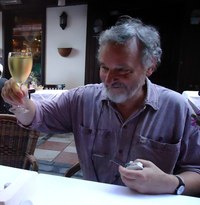 Rudolf (Ruedi) Jaggi, music educator and composer, was a regular and active visitor, enrolled as a listener, to the Egyptological courses from 1985 until his illness in 2014. In 2005 he was an enthusiastic collaborator on the excavation of the Basel project in the Valley of the Kings, where he documented recent finds. His investigations resulted in a lecture, held in Basel in 2007 at the conference "Zur modernen Geschichte des Tals der Könige" and in a book chapter of the corresponding publication:
Rudolf Jaggi, Fortschreibung der Geschichte des Tals der Könige: neuzeitliche Funde, in: Hanna Jenni (ed.), Zur modernen Geschichte des Tals der Könige. Conference in Basel, September 1, 2007, with contributions on the tomb of Ramses X. (KV 18) and on finds from modern times (Aegyptiaca Helvetica [AH] 25), Basel: Schwabe 2015 (ISBN 978-3-7965-3385-3), 75-125.

Ruedi Jaggi traveled to the Nile Valley almost every year since 1989. He was fascinated not only by the pharaonic antiquities but also by modern Egypt. He published many results of his studies and travels in the journal Kemet - Die populärwissenschaftliche Zeitschrift für Ägypten in German (published from 1992 to 2014).
These contributions are made available here for download as pdf documents with the kind permission and provision of G. Höber & A. Kamel of Kemet-Verlag, Berlin.